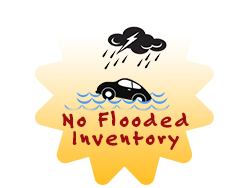 Used Toyotas
Used Toyota cars and trucks for sale in Lafayette, Louisiana. Did you know that a used Toyota is one of our best selling and most sought after vehicles. Whether you are talking about used Toyota Camrys, used Toyota Corolla’s, used Toyota Tacomas, and even used Tundras, we find those 4 seem to just last the longest! We try to keep a huge selection of used Toyotas in stock in Lafayette LA for you to test drive, and do our best to always have some in every price range. Why? We find that when it comes to used cars and trucks that the Toyotas just seem to last longer. For that reason we usually have more Toyota's in stock than any other brand. Plus, our mechanics have lots of experience working on, repairing, and tuning up Toyotas, so you know we'll fix them right and they'll be in great condition when you buy them. We work closely with the local Toyota dealerships to make sure every Toyota we sell is in great condition and will be for years to come!

In our experience when it comes down to which cars and trucks are going to last the longest and be in the best shape when you are searching for your best options in used cars, chances are the answer is usually a Toyota. Chances are if you find a used car that has over 200,000 miles and still runs great then that car will probably be a Toyota. We know that used Honda’s have a really good reliability history, especially the Honda Accords and Honda Civic, and we agree that they are really good cars. In our opinion though if you were to take used Honda Civic and put it next to a used Toyota Corolla, the Corolla will usually be in better condition and the engine will run smoother mechanically speaking. The same holds true when you compare a typical used Honda Accord and a used Toyota Camry. For the same year and same mileage, even over 150,000 miles, it is usually the Toyota Camry that will have a smoother running engine, with less issues and things that need to be repaired or replaced. We know there are plenty of used cars out there that are great used cars, in excellent condition. Of course you can find a great running used Honda Accord with over 150,000 miles. Yes you can find a great running fun to drive used Honda Civic that’s ten years old and has 180,000 miles. Especially if the previous owner has taken care of it by doing regular service and maintenance. You know, the things like the major 30,000 and 60,000 mile services, required oil changes, recommended hoses and fluid changes, tire rotations, and brake jobs. But… the same holds true for just about any used Toyota model. Side by side in an apples to apples comparison, there is just no getting around the fact that in our opinion here at Max Auto Sales that the used Toyota’s are your best choice when it comes to buying a used car. If we had to blindly pick a used car to drive all across Louisiana, we would pick a used Toyota. Though we sometimes like to call them “previously enjoyed :-) “. 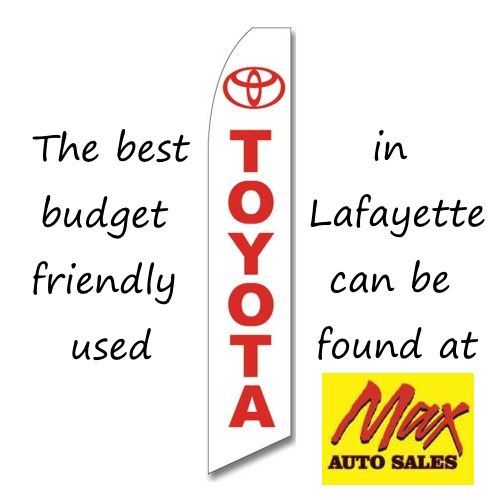 We all know there are always exceptions. We have right now at the time of this writing two great running and great condition used Chevy Silverado’s. One is a diesel and has over 440,000 miles on it, and wow does it still run great! We recently sold an amazing used Mazda CX9; it might have been the best used Mazda in Lafayette! In this article though we are not talking about the exceptions; instead we are talking about averages. And on average, generally speaking, we think it’s hard to beat a used Toyota. So if you are anywhere in the Lafayette LA area and are looking for a great running, super clean used Toyota and you also want a budget friendly great used car Max Auto Sales is the first place you should look. We keep more used Toyotas in stock than any other car. Whatever you need, whether it's a used Toyota Camry, used Toyota 4Runner, even a Tacoma or a Tundra. And let’s not forget about their great Toyota Sienna van, or even the super budget friendly and very economical Toyota Yaris and Matrix. Did you know there is a used Toyota car you can buy that gets about 50 miles to the gallon? Yes, I’m talking about a Toyota Prius! Lafayette, LA we invite you to come to Max Auto Sales to see our large selection of used Toyota’s in stock. Test drive one for yourself, and see just how great a used Toyota can be!
- + Disclaimers